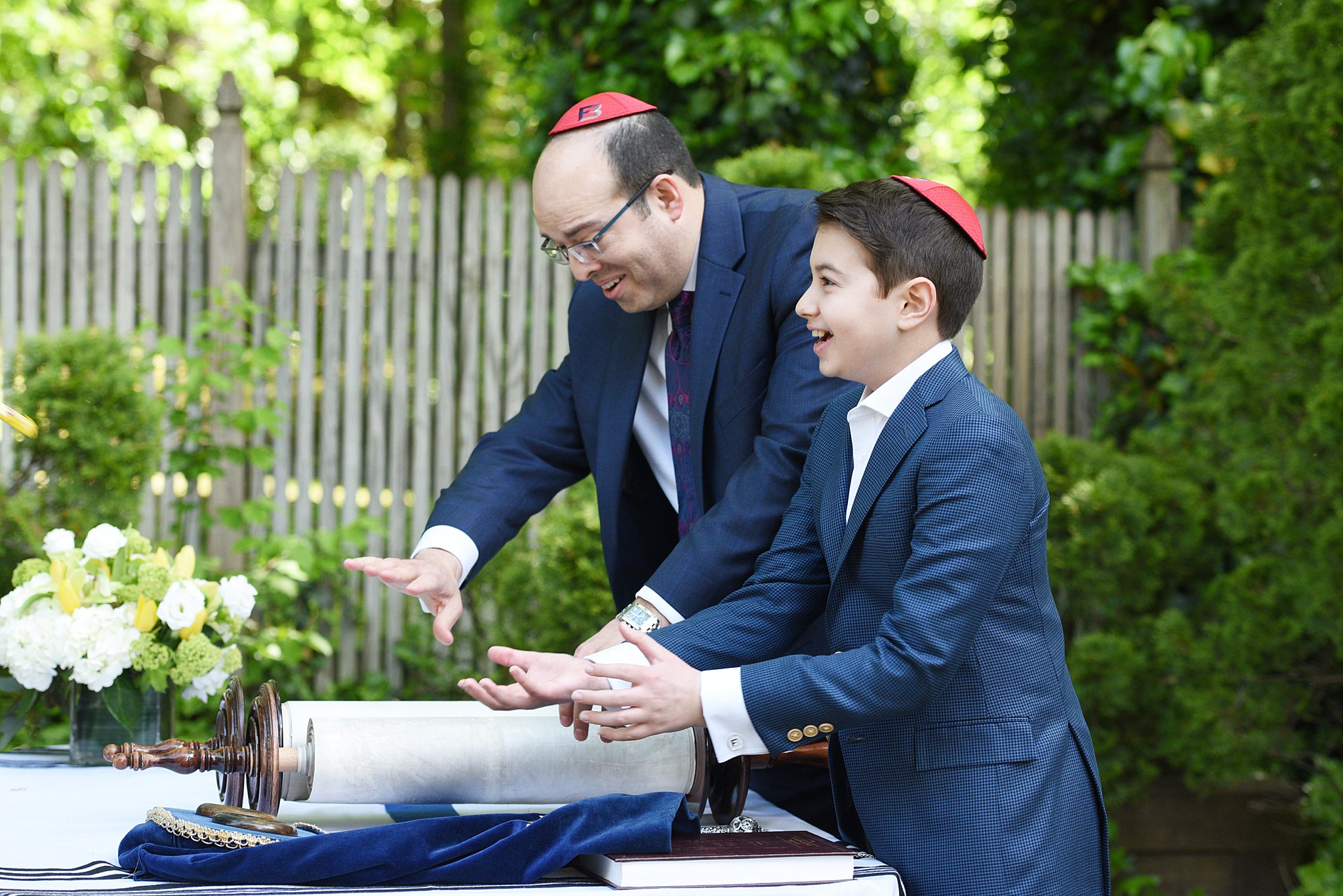 Freddy could have let the pandemic ruin his fun, but he was such a trooper. Though I was the only guest to physically attend Freddy’s bar mitzvah, hundreds of people across three countries witnessed this important milestone via the magic of Zoom. As you can see, they were all thrilled to celebrate with him, even if it couldn’t be in person. And to make it even more special, not only did Freddy read from the Torah, but his dad (who didn’t get to read Torah for his own bar mitzvah), read for the very first time!

The small size of the event made for such a special and intimate morning. Void of all of the ‘extras’ that we so often get caught up in (do we really need to ship that disco ball with 6,000 crystal bulbs?), the morning was full of love and pride. Instead of focusing on so many distractions, all eyes were on Freddy. Don’t get me wrong, I live for epic celebrations, but sometimes it’s nice to refresh our perspective and appreciate the true heart of the occasion.

A Time of Transition

Freddy was poised and mature, and he took all of the pandemic’s curveballs in stride – a testament to his deservedness of his new bar mitzvah title. As parents, we know that at thirteen years old, there’s still some precious childhood left to experience. Freddy exemplifies the perfect balance of maturity, while still appreciating the joys of childhood.

When we celebrate our children’s mitzvah milestones, it is not to push our children to grow up too fast, but rather to guide them in taking on new responsibilities and celebrating their accomplishments thus far. It’s such an exciting transition year for both the parents and the mitzvahs themselves!

The service took place in the backyard of the home Freddy has lived in his whole life, but a few hours after his Zoom service, he welcomed friends and family with a CAR-MITZVAH parade outside of a new home they will move into in a few weeks – how fitting for this transition! It was so special to make one more lasting memory in their old home before welcoming friends to their new one. No matter the circumstances, this wonderful family found a way to make this day special and memorable for their whole family – especially Freddy. We’re all so very proud of him!

Not many can say they had their bar mitzvah during a pandemic. This is one for the books.